The Zionsville resident, who has a heart for youth and a history of promoting higher education, is not only a longtime supporter of Foster Success Indiana, but also one of the Indianapolis-based nonprofit’s most generous donors.

Vanessa Keidle, 37, who lives in Zionsville with her husband and daughter, has been a monthly donor to Foster Success, which provides support and resources for teenagers and young adults exiting the foster care system, for more than three years.

Keadle has participated in several of the organization’s fundraising campaigns, including Friendsgiving at the end of 2022. Friendsgiving was the most successful fundraising event of the year for Foster Success. The event raised more than $60,000.

Keadle’s interest in the Foster Success program began when her best friend, Monica Malla, applied for the position of chief operating officer of the organization. Keadle quickly embraced the nonprofit’s mission and became a donor.

“What I liked about Foster Success is that they have a very focused educational aspect to their work,” Keidle said. “The program aligned with my day job and my personal values, and I thought, ‘What an amazing opportunity to become a monthly donor.’

Keadle is the Chief Strategy Officer of Student-Ready Strategies, an organization that partners, plans and solves problems with colleges and universities to help students succeed and thrive. Like student readiness, Keadle’s initial interest in Foster Success was rooted in his focus on higher education.

Keadle said her desire to help youth began when she was a college student and had little knowledge of higher education.

“As a first-generation college student, I wanted to get a degree in higher education leadership and help other students,” she said. “That’s why I admire the work of Foster Success as they try to change the system.”

Foster Success is the only nonprofit organization in Indiana that supports young adults leaving the state’s foster care system. The program empowers each young person to create their own journey to self-sufficiency and stability by providing support and resources for education, housing, employment and related support.

“I’ve had nothing but consistent, reliable support since I’ve been at Foster Success,” Wyant said. “They helped me get out of the system and do regular adult things that I wouldn’t have known how to do before, like transportation, work and education. My life coach Danielle, who I am so grateful to, has helped me in so many ways.”

“Working with Macy’s has been a real joy,” Hurst said. “She is a motivated, positive and determined young woman who has worked hard to both take advantage of the opportunities available to her and forge paths to success on her own terms.”

Wyant, like many other foster youth, used the federally funded and administered Education and Training Voucher Program to take courses at Ivy Tech.

“I really believe that higher education is a great equalizer and a way out of some situations that people may be experiencing,” Kiddle said. “And the fact that Macy will be attending Ivy Tech makes me so happy to know that she was supported in a way that she now feels confident enough to go to college.”

Keadle said he would continue to contribute to Foster Success and support young people. 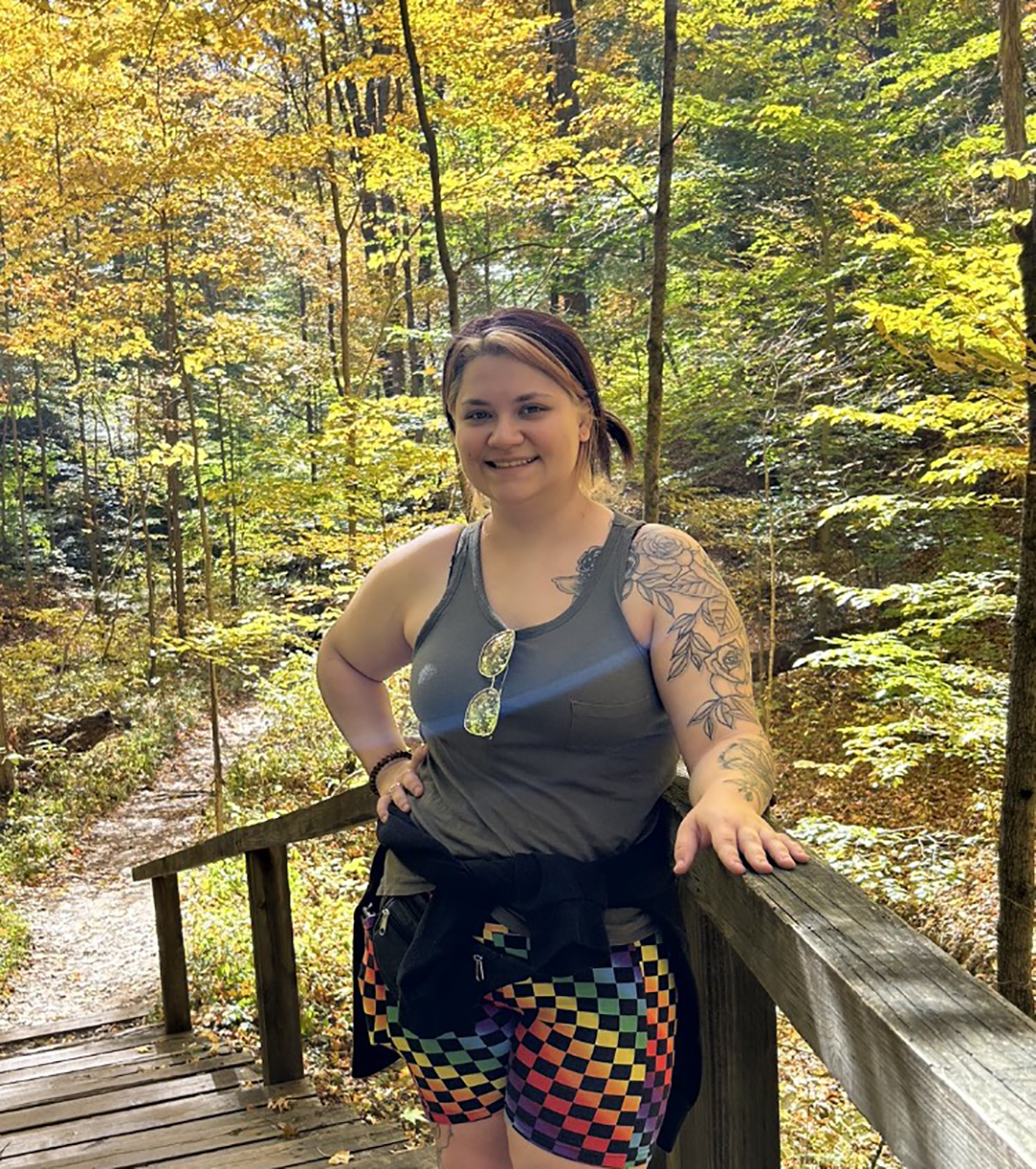 Macy Wyant, a Lebanon resident and former foster youth, first entered the foster care system at age 17, a few years after her father’s death. Wyant’s mother had a history of addiction and was unable to care for her, eventually leaving her in the hands of the state of Indiana.

Although she was initially apprehensive about entering the foster care system, Wyant credits it for her success as a young adult.

“I had nothing but positive experiences as a foster youth, which was not what I expected from the moment I entered the system,” Wyant said. “I was 19 and living in a hotel for a month and I approached Foster Success in a time of need and they helped me. They always went above and beyond to make sure we were looked after.”

Wyant said Foster Success provided the support she needed through people and programs, and she wants to someday provide similar support to other foster youth. Last year, she participated in several Indiana Youth Advisory Board meetings as a youth board member.

“Being able to go to the meetings and use my voice and be heard means a lot to me,” she said. “I want to advocate for foster youth.”

Wyant is pursuing a bachelor’s degree in psychology. She wants to become an addictions counselor and fulfill her dream of becoming a foster parent.

“In the future, no matter what route I take, I want to help those in need all the time,” she said.